You can also filter by categories

Sorry, we didn't find anything.

Now Reading: Fans around the world 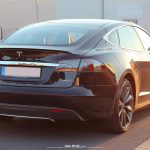 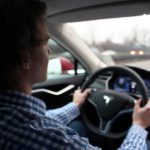 Fans around the world 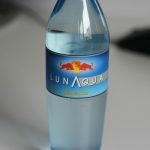 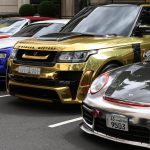 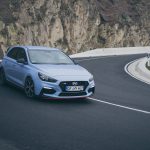 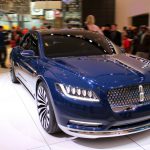 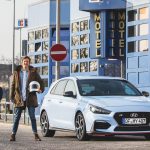 Everyone feels passion for their country whenever they participate on the world stage. However, it’s nice to feel that same emotion when cheering for your hometown team. That’s why I fell in love with the Vancouver Whitecaps from the moment they entered MLS.

I wasn’t an MLS fan before Vancouver’s inaugural season in 2011. In fact, I used to hate the league, but I gave it a chance.

Since then, I’ve become a huge supporter and advocate for MLS. I love the Whitecaps because it’s my city’s team.

The Whitecaps also play in a league with a lot of ambition. I want to be able to tell my kids and grandkids that I supported Vancouver from the very beginning, and stuck with them through thick and thin.

I can never really answer people when they ask “Why do you like the Whitecaps?” All I know is that I have a close tie to the club as a born and raised Vancouverite.

There’s nothing better than seeing your hometown club enjoy success. That’s why the Whitecaps mean so much to me.

My name is Felipe Junqueira, I am from Brazil and a supporter of Sao Paulo Futebol Clube. All started with my grandfather and my father.

They were supporters of the club since they were little. So when I was young my dad and my grandpa came and gave me some Sao Paulo jerseys so I could join them watching the team in the stadium.

After this, I was so much interested in soocer and the team that I became a really fanatic supporter which I am still today. I am so proud of my team. These days, I could make some friends because of soccer, now I am going to every Sao Paulo game with them.

My wish would be to travel around the world to see my team play, hopefully one day again in a FIFA Club World Cup Final…

I remember watching Manchester United for the first time when I was really young with my father. They were playing against the Hammers at home I believe. It was a really good game. We were up 2­-0 at half time, and I turned and said to my dad, „we are going to score two more goals for sure!“. The game ended 6­-0 Man United with Gary Neville on the scoresheet. That game will forever be in my memory.

The enjoyment and excitement I had watching my favourite sport live with my father, who is also a red devil, was purely genuine. They were innocent emotions from a kid watching a game with his father. I think the one and only reason I have been a hardcore Manchester United fan ever since I could remember is my father. He exposed me to the world of football, and Manchester United has been a huge part of it.

I cannot imagine myself supporting any other clubs because I already fell in love with Manchester United.

Eintracht Frankfurt is one of the most famous sport clubs in Germany and especially in my hometown area quite a big deal. The club was founded in 1899 and is one of the founding members of the Bundesliga.

The team already experienced numerous ups and downs, from winning the UEFA Cup in 1980 to the several relegations to the second division. The nickname “Diva from the Main (river in Frankfurt, editor’s note)” definitely concurs. Despite all those “downs” the Eintracht supporters stayed loyal and supported their club even more in desperate situations. That’s what I was fascinated by and caught my attention to the club when I was a teenager. Furthermore my dad brought me every few weeks to the games which strengthened my enthusiasm for the Eintracht.

I think the special think about the club is that it never gets boring according to the unsteady performances. On the other hand precisely in the times of money and commerce it’s important to support your home team and traditional club. The way Eintracht played in the last years wasn’t always the most impressive but the atmosphere in the station was always legit and the fans never turned their back on the team.

After all one can say that the Eintracht is one of those teams where the fans must have the ability to suffer but at the same time the clubs shares unforgettable moments like the Europa-League Season 2013/2014. 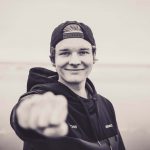 0 People Replies to “Fans around the world”

We use cookies on our website to give you the most relevant experience by remembering your preferences and repeat visits. By clicking “Accept All”, you consent to the use of ALL the cookies. However, you may visit "Cookie Settings" to provide a controlled consent.
Cookie SettingsAccept All
Manage consent

This website uses cookies to improve your experience while you navigate through the website. Out of these, the cookies that are categorized as necessary are stored on your browser as they are essential for the working of basic functionalities of the website. We also use third-party cookies that help us analyze and understand how you use this website. These cookies will be stored in your browser only with your consent. You also have the option to opt-out of these cookies. But opting out of some of these cookies may affect your browsing experience.
Necessary immer aktiv
Necessary cookies are absolutely essential for the website to function properly. These cookies ensure basic functionalities and security features of the website, anonymously.
Functional
Functional cookies help to perform certain functionalities like sharing the content of the website on social media platforms, collect feedbacks, and other third-party features.
Performance
Performance cookies are used to understand and analyze the key performance indexes of the website which helps in delivering a better user experience for the visitors.
Analytics
Analytical cookies are used to understand how visitors interact with the website. These cookies help provide information on metrics the number of visitors, bounce rate, traffic source, etc.
Advertisement
Advertisement cookies are used to provide visitors with relevant ads and marketing campaigns. These cookies track visitors across websites and collect information to provide customized ads.
Others
Other uncategorized cookies are those that are being analyzed and have not been classified into a category as yet.
SPEICHERN & AKZEPTIEREN